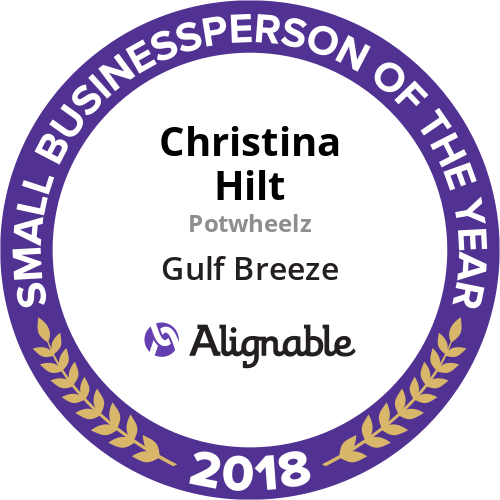 On March 3, Christina Hilt of Potwheelz was named as the winner for Gulf Breeze’s 2018 Small Businessperson of the Year!

Competition criteria focused on local SMB role models, who are dedicated to helping other small businesspeople succeed. After an extended round of nominations, top nominees advanced to the finalist stage, where local Alignable members voted for their favorite candidate. 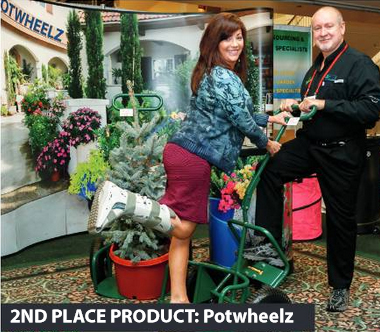 Potwheelz President Christina Hilt and her husband and Director of Marketing & Logistics, Verne, developed the idea for the ergonomic hand truck after recognizing the need for one in the market.

IGC Show garden center buyers voted for their favorites in the New Product Zone during the 11th annual trade show and conference in August. A favorite among IGC Show-goers, the Potwheelz Garden Dolly from Potwheelz of Gulf Breeze, FL, won the Best New Product second-place award. Potwheelz President Christina Hilt and her husband and Director of Marketing & Logistics, Verne, developed the idea for the ergonomic hand truck after recognizing the need for one in the market.

The IGC Show proved fruitful for Potwheelz, as the Hilts wrote orders and were surprised when their product won the honor.

The inspiration for the products started at home. “We do a fair amount of container gardening,” Verne says. “As we got older, it became a bit of a headache to move the heavier pots and plants around. We tried to find something that would transport them easier, but almost everything on the market required a fair amount of lifting.

Everything from computers to phones to cars is trending toward ergonomic, easy-to-use design,” Verne says, yet hand trucks had not changed over the past 20 years.”

The duo tinkered around with a few ideas before landing on the Potwheelz design. They partnered with a design company, which built prototypes to take to industry trade shows.

The product is handy not only for consumers but for garden centers in need of a better system to move large plants, landscaping rocks and other heavy products. Verne suggests making Potwheelz carts available to customers as well on a rental basis: “For them, one of the challenges when they want to buy large containers or trees is how to move them when they get home.” Product demonstration videos are available at Potwheelz’ website and Facebook page, but the Hilts says the best way for customers to see the products is while in use by store staff.

Potwheelz dollies can be ordered through the company’s distributor or at its website, www.potwheelz.com. There are no minimums, and orders usually arrive between three and four days via UPS.

June 16, 2016, St. Petersburg, FL – Kevin Harrington, one of the original Sharks from hit reality series Shark Tank, and the Product Managers of AsSeenOnTV.pro are pleased to announce the launch of a new DRTV campaign with Potwheelz®.

Those with potted plants know, threatening weather—whether extreme heat, freezing cold, or high winds—can be dire for potted plants. When inclement weather is imminent, moving these potted plants safely inside is imperative but the bigger they are, the harder that is. Even if you have one, most dollies aren’t meant for moving large pots; with a narrow edge, plus the wrong timing or location, they often cause pots to fall and break, damaging the pot and plant.

The Potwheelz®. plant dolly, on the other hand, is the safest, easiest way to transport potted plants. Ideal for the home gardener, property manager, nursery operator, or commercial landscaper, the patented Potwheelz® is specially designed to keep potted plants in a balanced position, with a third, back wheel to prevent drops and spills. This also allows the plant dolly to effortlessly lift up to 400 lbs with the standard Potwheelz®, or even 660 lbs with the commercial model.

Both models are made of solid steel and powder-coated to protect from rust and corrosion. With flat-free, airless tires, potted plant owners can easily maneuver over sand, rocks, gravel, dips, and curbs. Whether moving a large potted plant, 55-gallon drum, gas tank, rocks, or mulch, Potwheelz® helps save consumers time, money, and a lot of backache.

As part of its DRTV campaign with AsSeenOnTV.pro, Potwheelz®will be appearing in 30 and 60 second spots set to air nationwide and feature the original Shark himself, Kevin Harrington. AsSeenOnTV.pro is comprised of an award-winning team of producers, writers, videographers, and editors as well as industry veterans dedicated to finding the latest, most innovative products and ideas, and putting them on the DRTV map.

As the inventor of the infomercial, founder of As Seen on TV, and one of the original Sharks on Shark Tank, Kevin Harrington has worked with some of the world’s biggest celebrities and launched some of the best-selling DRTV campaigns in history. Since producing his first 30-minute infomercial in 1984, Harrington has been involved in over 500 product launches that have resulted in over $4 billion in sales. Now, in his latest venture with AsSeenOnTV.pro, Harrington is on the hunt for the best new products and ideas, bringing them to homes everywhere through personalized DRTV campaigns featuring the Shark.

Headquartered in South Florida, AsSeenOnTV.pro is a full-service production, branding, and marketing company that specializes in direct response television, short- and long-form commercials, and brand building. Based out of a 25,000+ sq ft, state-of-the-art studio, the company’s creative team handles every aspect of production from script to screen to airing. For nearly two decades, AsSeenOnTV.pro’s veteran staff of writers, producers, videographers, and editors has amassed more than 50 Telly Awards, thousands of prestigious clients, and over $20 million in television placements.

Kevin Harrington of “Shark Tank”, “As Seen on TV” and “Shark Finds” has partnered with Verne and Christina Hilt to introduce their product “Potwheelz”. This nationwide campaign will be launched in March 2016. Potwheelz’s infomercial will also go live during this time period. 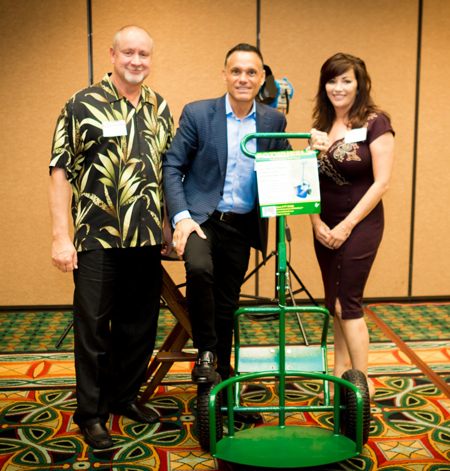 Read more about this at the links listed below:

Potwheelz
voted one of the
‘Best New Products’
at IGC-Show! 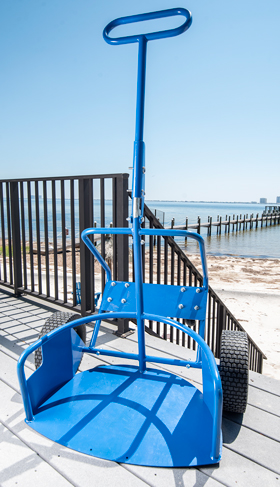 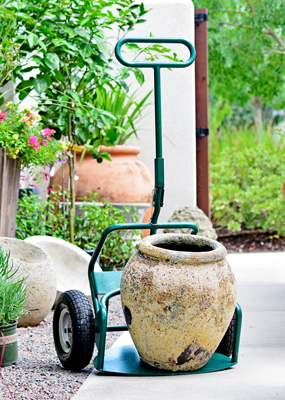